Ambey Iron Private Limited (AIPL) was incorporated in the year 2003 and is primarily engaged in the manufacturing of sponge iron and MS ingots. The installed capacity for sponge iron manufacturing is 60,000 Metric Tonnes per annum (MTPA) and 18,000 MTPA for MS ingots. The manufacturing facility of AIPL is located in the Solapur city of Maharashtra. The company was initially promoted by Mr Pawan and Mr. Pankaj Lila, but in the year 2009, Mr Anil Lila, cousin brother of Mr Pawan Lila, took over the management of the company. 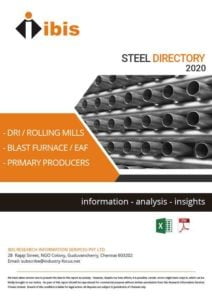